The Easter bank holiday meant that this was another short week. Both Ben & Chris L took well-deserved days off at the beginning and end of the week respectively.

On Wednesday, we all visited the Outlandish office in Finsbury Park for a project kick-off meeting. It’s always great to catch up with the lovely Outlandish folk, but this was extra special, because it’s the first time we’ve collaborated on a commercial project with another co-op in the CoTech network. 🎉

On Thursday Chris L attended the CoTech Spring Gathering in Sheffield and delivered the introductory keynote talk. Chris hasn’t been in the office since then, but from all accounts it went very well - both as an opportunity to catch up with members of other co-ops in the network and as a means of making some concrete steps forward in the evolution of CoTech itself.

On Tuesday and Wednesday, Chris L and our collaborator, Andrew at Filmfixer, finished up work on our joint application to Innovate UK. Andrew described doing the actual submission process as being “like Glastonbury ticket day all over again” with the site continually crashing, presumably due to lots of people submitting their applications at the last minute. I just want to reiterate my thanks to both Chris and Andrew for their hard work and perserverance - we’ll be excited to hear (in July?) whether or not we’ve been successful.

On Wednesday, Ben and I met up with Matt and Nupur at FutureLearn to see whether there’s anything we can help them with. It was lovely to catch up with Matt (it’s been too long!) and to meet Nupur, and exciting to hear all about their plans for FutureLearn. It was also a bit of a trip down memory lane for me visiting the office in Camden where we worked on the early stages of FutureLearn in the window-less basement (a.k.a. “the submarine”).

At the end of Friday, we heard that we’d narrowly missed out on being selected for the DO&S opportunity for which we’d been shortlisted. Our scores were extremely close to the winning supplier, which is both encouraging and frustrating at the same time! We’re really grateful to our collaborators, Mark, Darius, et al, for all their hard work and we hope we can learn from the experience and apply for other opportunities with them in the future.

Packed house in Croke Park this morning for #ALI2019 pic.twitter.com/7drdMRCXXg

On Thursday, the 2-day Agile-Lean Ireland conference kicked off in Dublin. We did a sponsorship deal with the conference to get Mission Patch promotional flyers included in the delegate packs. So hopefully all the people in the photo above now know about Mission Patch! 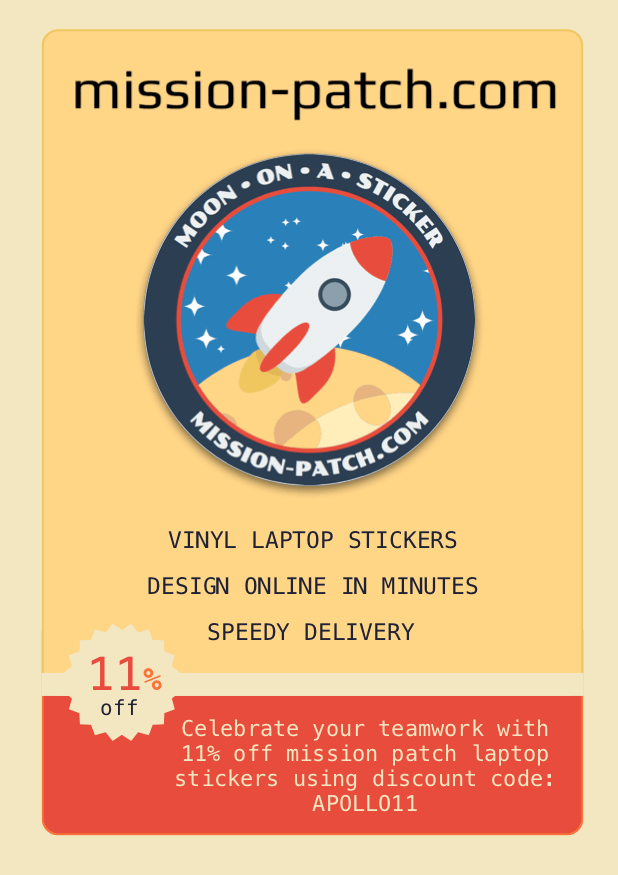 We also sent Matt Jukes some promotional flyers and stickers for his upcoming tour of digital government in Canada and the USA.

Okay 🇨🇦 new printings of my most popular stickers have arrived for my trip. Plus some @mission_patches specials & promo stuff 😍 pic.twitter.com/9YAP3I8yKM

At the weekend, Ben spent a bit of time making some improvements to the Mission Patch home page with the help of his son who it seems is almost ready to take over from his dad on the software front! 😉

Otherwise we spent some time earlier in the week catching up with some company admin and some time later in the week starting work on the collaboration with Outlandish. The latter is a Wordpress site with some AngularJS code talking to a PHP Symphony API. Chris R set up some end-to-end tests to give us confidence to make changes to the API while Ben & I made a start on improving the API.