At the beginning of the week, Tom & James A were lucky enough to be at GDS when Tim O’Reilly & Jennifer Pahlka came to visit. Both Tim & Jennifer seem to have been very impressed with the work going on at GDS and Tim suggested that the GDS Design Principles are the most significant since Apple’s in the 1980s!

As James A predicted, the rest of the week saw an intense phase of data importing & cleanup. But we also had to finish off a number of gnarly features that required an in depth understanding of our deployment stack. Work to finish up essential tasks continued late into the night of Wednesday with help from our colleagues in the Ops team and reinforced by food ordered in by Pete. 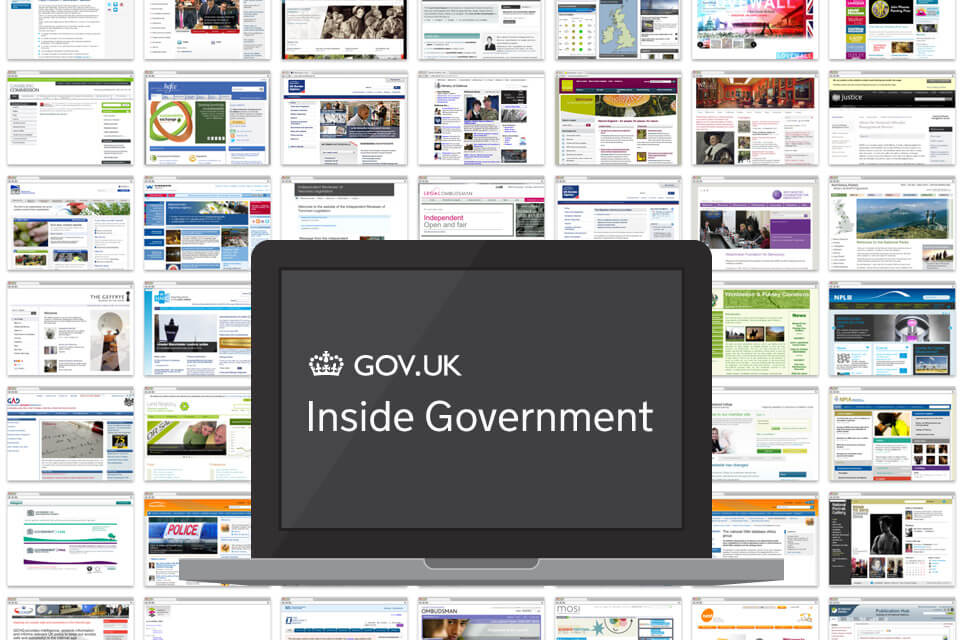 After not much sleep, the team arrived in the office bright and (very) early on Thursday morning to be greeted with a tasty breakfast from the Fleet River Bakery. Hawaiian shirts and flower garlands were out in force, but, despite this challenge to his unique pacific island sartorial proclivities, Pete remained unfazed.

The developers descended on the Ops cave to see through the latest deployments and to wait for the traffic from the Department of Communities & Local Government and Department of Transport websites to be redirected our way. After a few small technical hitches, the web visitors started to arrive and we cracked a metaphorical bottle of bubbly over the bows of the good ship, Inside Government.

After some 716 features, 5,899 commits, 27,019 lines of code, and the efforts of more than 20 livestock units, it’s fantastic to see the work of the designers, the content writers & editors, the data wranglers, and the developers finally come to fruition.

Some of the first user stories we worked on back in week 140 were about publishing government policy and although much has changed along the way, the idea of Inside Government as the authoritative place to find out about government policy has always been at the centre of what we’ve been doing. And the existence of a cross-departmental atom feed covering government policy on climate change feels like something to be proud of.

So if you haven’t already, why not take the Inside Government tour.

Having sent out a bunch of invitations over the last week or so, we’ve been receiving lots of really helpful feedback. Thanks everyone! During our Go Free Range time, we’ve been busy trying to distill all the feedback and make corresponding improvements to the app.

James A has knocked up a useful admin dashboard to give us a rough idea how “actively” people are using the site. On Tuesday, we spent a while discussing how we’d know whether we’d hit our end-of-year company goal of 100 “active” users. One thing we realised was that a lot of the metrics we came up with are flawed, because they make too many assumptions about how people are going to use Harmonia. So in the end we’ve decided to use the number of regular visitors to the website as a proxy for the number of “active” users. We’ve also started using tools like Google Analytics & Intercom to try to get a better picture of how people are actually interacting with the site.

Reflecting on his role as product owner for Inside Government, Neil said:

[…] saying “no” or “later” is important. It keeps the team productive and focused on the next thing that’s most important for delivering great value to end users.

Working out what the next most important thing to work on for Harmonia is always tricky. And I think this is one of the biggest challenges facing us as we try do develop products of our own, like Harmonia – learning how to be good product owners as well as good developers. It’s particularly challenging, because we’re attempting to do it in the relatively democratic fashion with which we tend to approach everything. Perhaps we need to put Harmonia in charge of her own development…?

And finally, if you haven’t yet registered your interest in Harmonia, please do sign up. We’d love to know what you think.