We hosted our fifth Show and Tell on Wednesday last week. There were nine of us involved and four of us demonstrated something we’d been doing.

James and I kicked off proceedings by showing the work we’ve been doing on the video project. We talked about how we might be able to make it a little different and solicited feedback on whether there were any obvious flaws in our plans.

We also chatted briefly about the 3D printer that we’re borrowing from Makie. We showed the bracelet we’d printed and asked if anyone had ideas for what they’d like to print. Nicky wondered if we could print something similar to these United Nude shoes and, in doing so, volunteered to arrange a date to get some people together to give it a go.

Nicky continued the evening by demonstrating The Noise, a project she’d worked on with Storythings among others. The Noise uses the UNEDITIONS digital publishing platform to present theatre performances in new ways. This prompted James to mention Ben’s work on Readable Shakespeare Plays and reminded me of the alternative reading experience provided by The Bellman.

Frustrated by losing all his data when Google Health was retired, Ryan talked about using IFTTT to backup his data from multiple services to Google Drive. Ryan recognises the potential problem of relying on Google Drive but figures that it’s a good first step to get all his data in one place, and a step on the road to eventually syndicating his data using POSSE. I’ve started doing something similar, albeit manually, by creating recurring tasks that prompt me to download data I don’t want to lose.

Paul talked about generalising the problem of processing a number of source input files to generate some other number of output files (think static site generation). There was some discussion that went over my head as to whether Make might be suitable, but it sounded like that wasn’t quite general enough. Maybe we’ll be able to see where Paul’s got to at the next Show and Tell.

We finished up in the office by around 20:30 and retreated to the Old King’s Head to continue the conversations.

Want to get involved?

If this sounds like the sort of thing you’re interested in, then please do get in touch. We’re keen to keep these fairly small but would also like them to be open to other people.

Although not technically part of the Show and Tell, Murray was keen to show quite how neat he can be when eating Pistachio nuts. Good job, Murray :-) 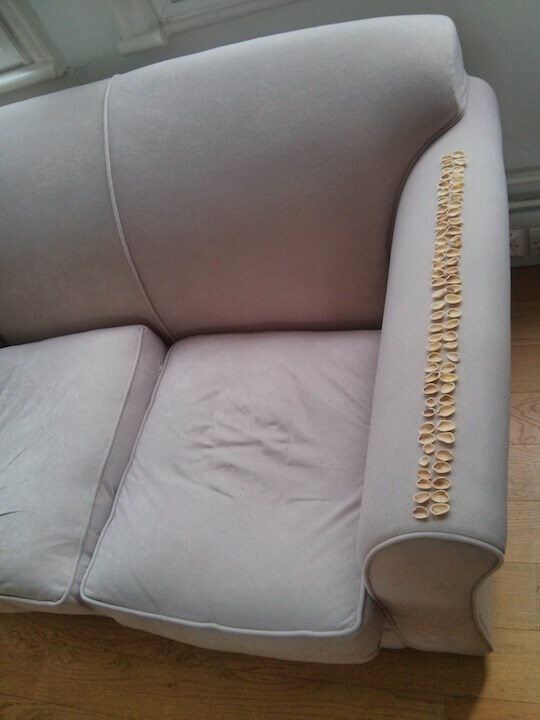