This is a belated and hence somewhat patchy write-up of our 50th Show & Tell event which took place on Wed 21 Nov 2018 at dxw digital’s The Hide in Hoxton Square. Since it was the 50th event, we had some pizza from Radio Alice to celebrate along with the usual assortment of beverages. There was a really good turnout with 11 people attending and I thoroughly enjoyed the evening. 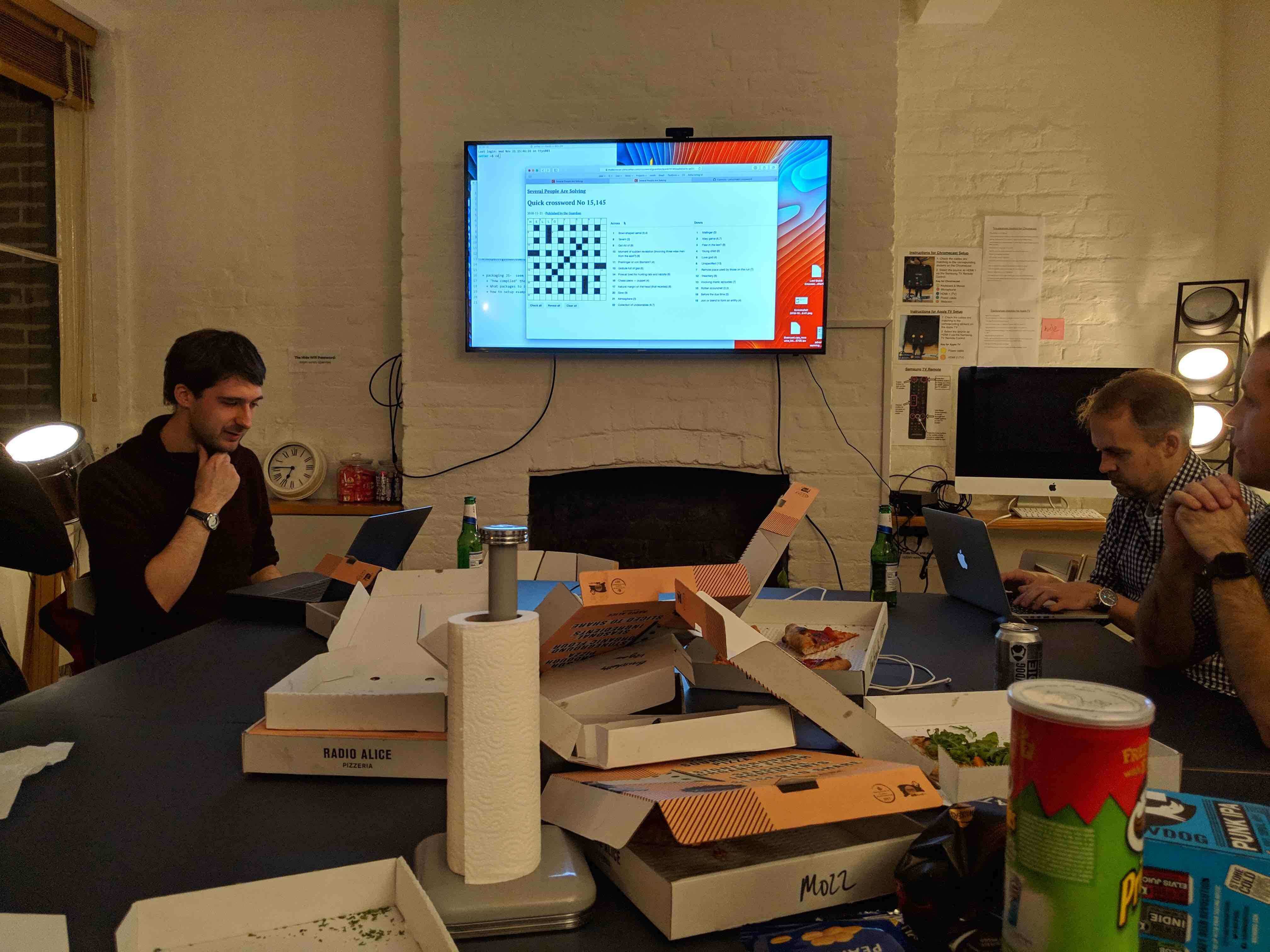 Chris Z showed us how he’s taken the the crossword from The Guardian’s website (which is open-source) and turned it into a multi-player version. He demonstrated a working version, explained how he’d approached building it and some of the technical challenges he’d run into along the way.

Chris has since published a full write-up on his blog and is hosting the app on his domain. 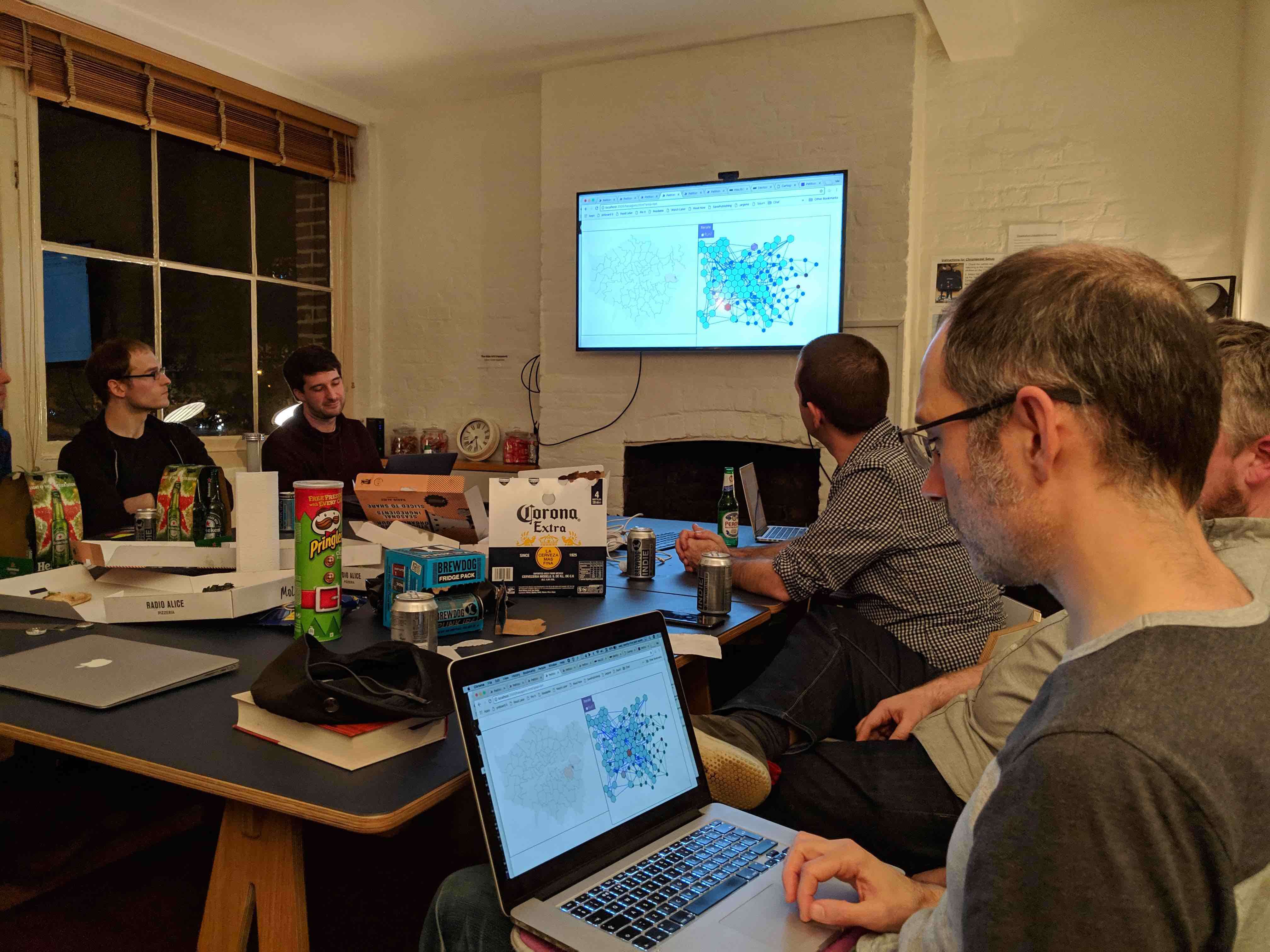 When he was at Unboxed, Murray was involved in building the Petition Map which provides a visualisation of people signing petitions on the UK Government and Parliament Petitions website. The map colours each electoral constituency according to the percentage of constituents who have signed. One effect of this is that constituencies with a large geographic area are over-emphasised and those with a smaller area are under-emphasised.

Murray talked us through various ways he’d tried to improve on this with his latest iteration being based on this article on hex mapping by the Open Data Institute in Leeds. 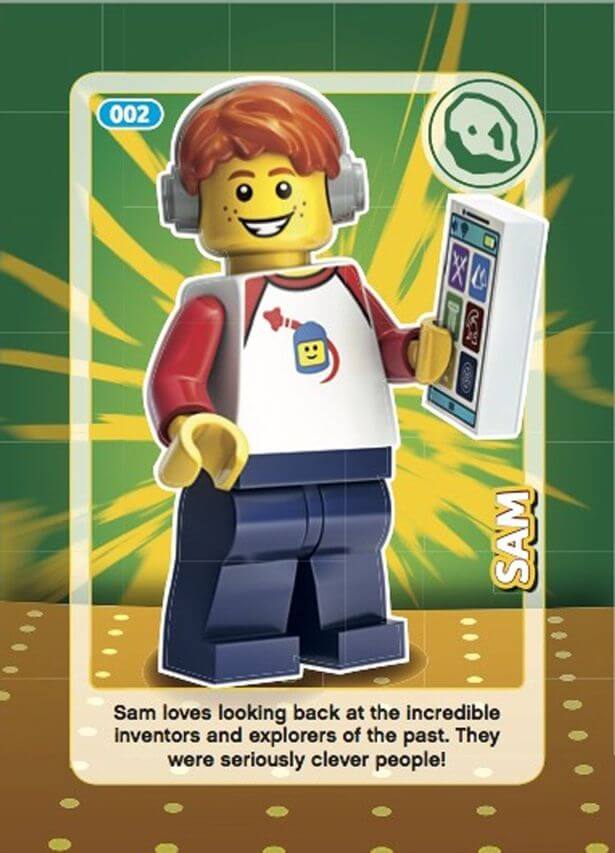 Ben G’s children had been collecting Lego cards and he showed us a Monte Carlo simulation he’d written in Ruby to work out the probability of collecting a full set. 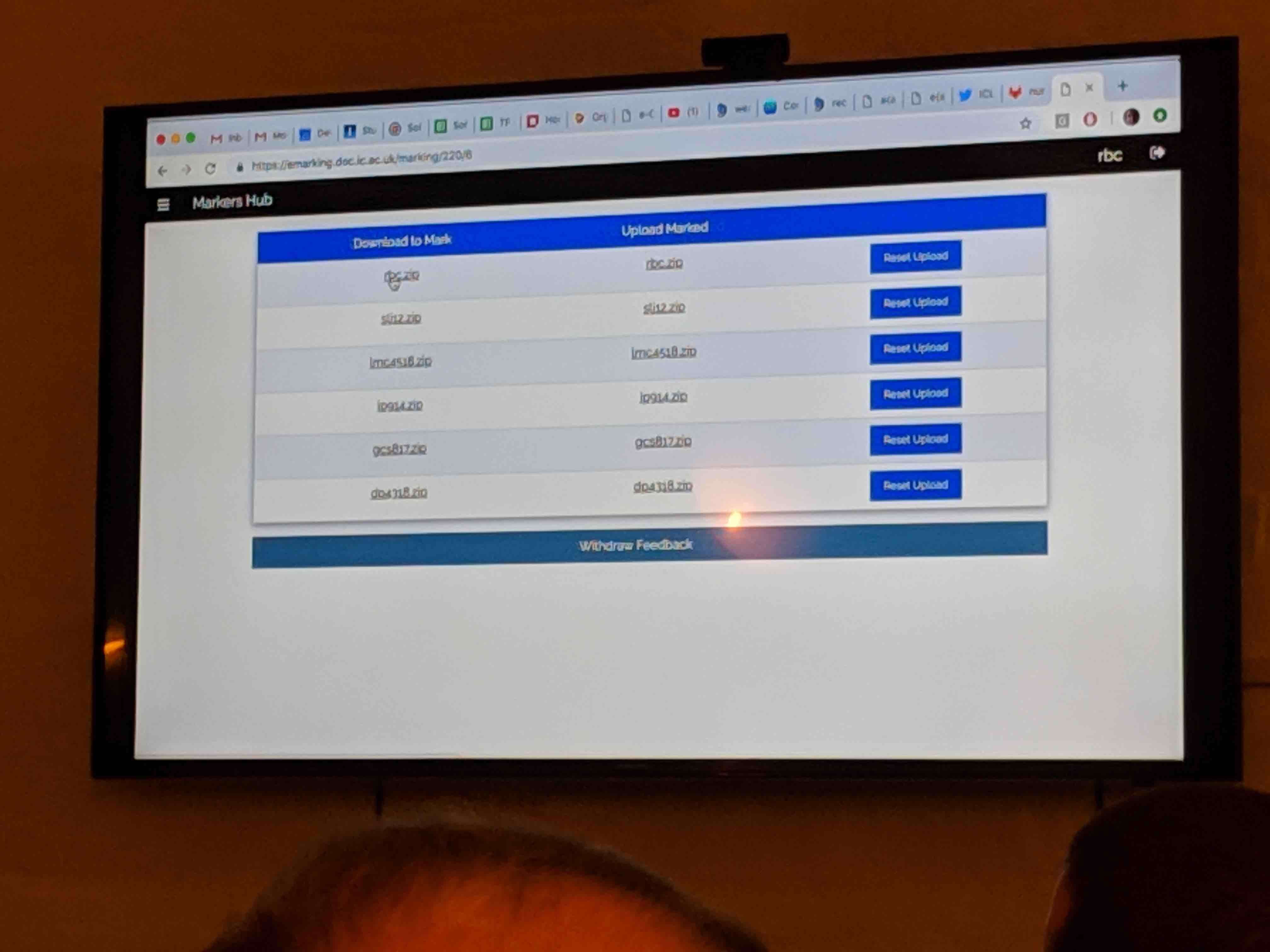 Rob Chatley talked about how student assignment marking is organised for his courses at Imperial College. A system had been built organically over time by one member of staff using fairly old-school techniques like CGI scripts.

Rob talked about how they were incrementally moving to a more centralised system with the source code hosted on GitHub to encourage other members of staff (and even students?) to contribute. 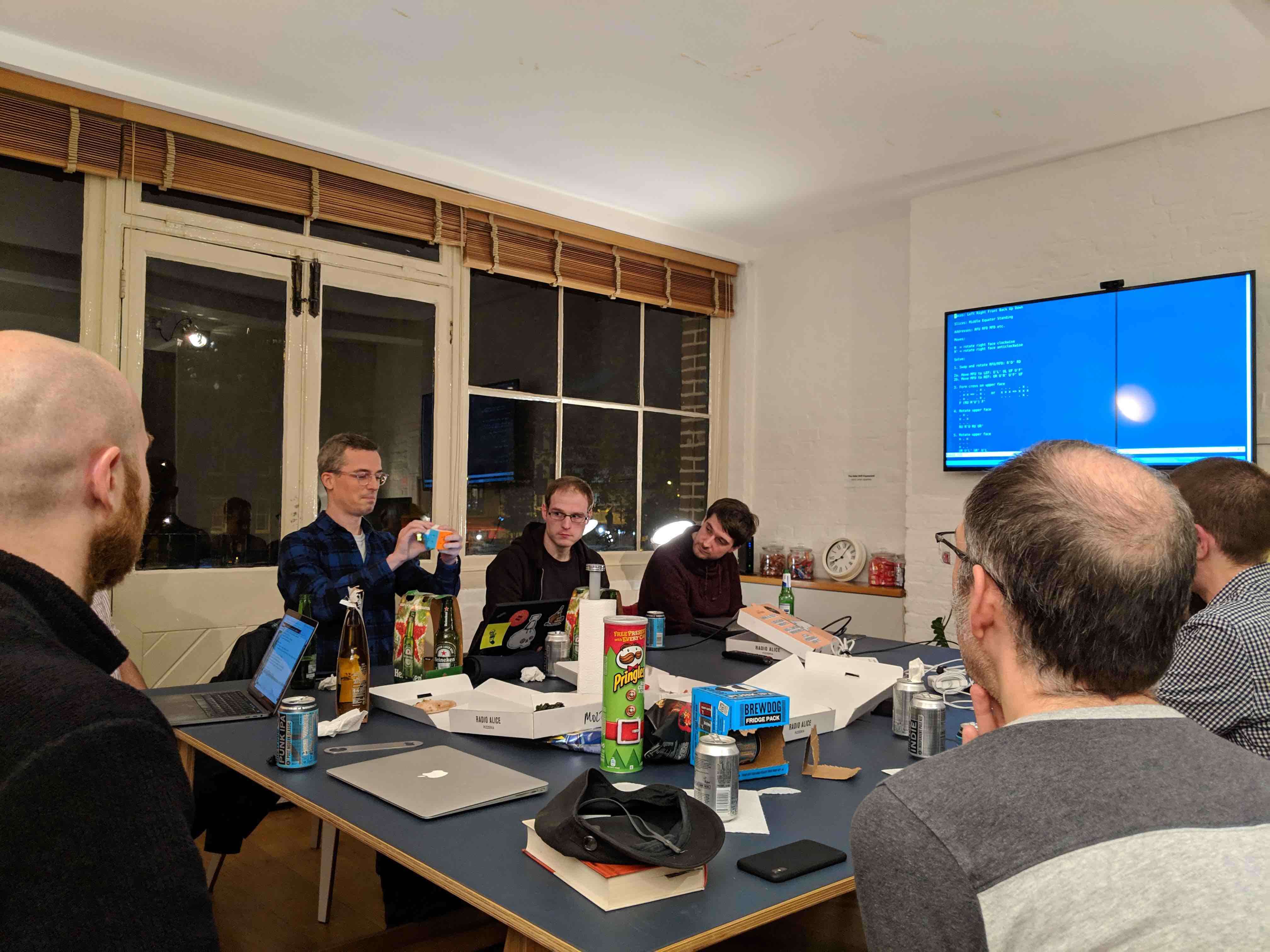 Paul B explained how he’d taught himself to solve a Rubik’s cube. Using a simple notation for each move, he was able to memorise combinations of moves to have particular effects.