Week 262 followed our now standard pattern of James and I each doing four days at FutureLearn and one day at GFR.

Our GFR day was mostly spent dealing with various office related things. We’re still looking for someone to take the office off our hands and now have the additional overhead of trying to get the water damage sorted from the leak a couple of weeks ago. Hopefully that isn’t putting people off too much!

On the futurelearn front, Seb and I made some performance improvements to one of the main pages on the site. We spent some time investigating alternatives before deciding on lazily loading a hidden-by-default/often-unused part of the page. There’s a lot more that could be done but this felt like a good first step.

Friday was FutureLearn’s last day in their Open University home before moving to the British Library. We said farewell to the FutureLearn submarine that’s been our home since April 2013, and look forward to spending a few days in the new office before moving on to pastures new. 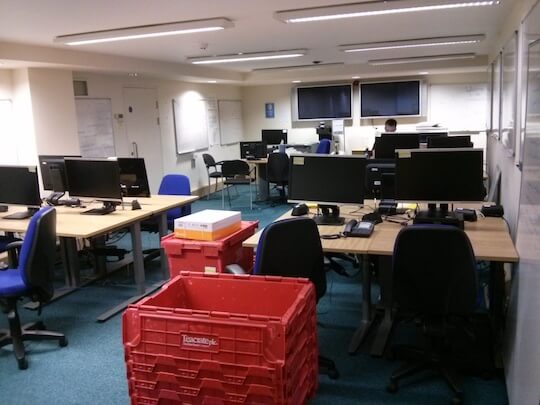